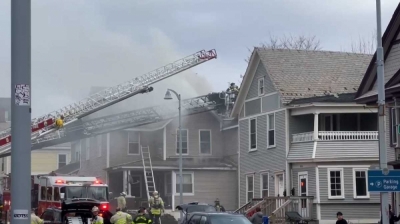 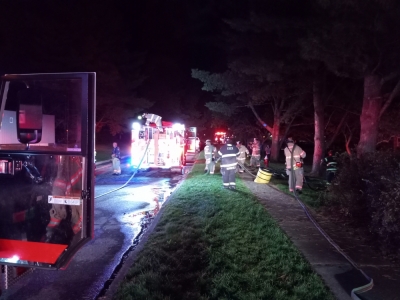 This year's Essex Rotary "Service Above Self" Award was awarded to our Assistant Chief Tim Wear. Tim has spent over 20 years with the EJFD, always being a top participant in trainings an...
➜
Call history
Summer Storms create a long afternoon

At 1500 Crews from EJFD and ETFD responded to 60 Founders Road, Essex Elementary for a fire alarm. As crews from EJFD were responding the worst of the storm hit the area. Just as Ladder 3 was going past franks motorcycle a tree gave way taking power lines down with it. Quick thinking by the driver and heads up of the crew left the crew trapped in the truck under live power lines. GMP was called and for about 30 minutes crews from Essex Police Department, EJFD and ETFD secured the area and waited for GMP to free the Ladder Truck from its entanglement.

As crews freed Ladder 3, EJFD's Ladder 3 was requested to respond mutual aid to Williston for a house which had been struck by lighting. In route Williston advised they would be better assisted with an Engine and 8 Engine 21 with a crew of six was dispatched to Williston fire for mutual aid. Crews spent about 2 1/2 hours in Williston as flash flooding damaged road, houses and made a mess of Williston. They helped close road, clear drainage and helped Williston Crews pump out basements for residence who were affected by severe flooding Around 1830 crews returned to Essex Junction Station and released.

Then at 2100 hours crews were dispatched to the Sports and Fitness edge for a gas smell and burning odor. Crews staffed 8L3 and 8E21 and responded together to the seen. Command was established by 15K2. Ladder 3 was assigned interior investigation, while Engine 21 was assigned to go to a hydrant and stand by. Engine 21 was then moved into the building as a second Interior Investigation crew. Employees told Command they had had a similar issue before from a treadmill. Within minutes crews discovered a treadmill which was running hotter then the rest when tested and produce a melting rubber smell the machine was unplugged, marked and turned back over to the facility.

At 20:52hrs, the Essex Junction and Essex Town Fire Departments were requested to respond to 16 Loubier Drive in Essex Junction for a structure fire. While responding, Essex Dispatch updated advising the homeowner states there is a fire on the outside of the home, spreading to the interior.
➜
Engine 5 Responds Mutual Aid to Williston

Essex Town and Essex Junction Fire Department responded to a structure fire at 64 Old Stage Road in Essex on Sunday evening. Essex Town Fire Chief Charles Cole said authorities received a report from an off duty Cambridge Firefighter at 4:20 p.m.
➜
Railroad Ave Dumpster Fire Handled by Engine 21
At 00:29hrs on March 15, 2014, the Essex Junction Fire Department was requested to respond to the rear of 8 Railroad Avenue for a report of a dumpster fire. Utility 61 and Engine 21 responded with a total of 5 personnel and arrived on scene seconds later to find a fully involved dumpster fire.
➜
Ladder Truck Responds Mutual Aid to Colchester (St Michael's College) 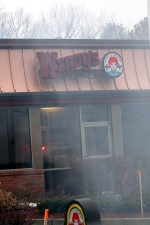 Several rescue and fire squads, along with the Vermont State Police, rescued five hikers injured Friday afternoon in separate incidents on Mt. Mansfield. After a sixth hiker was found injured crews needed the extra help and more crews including Essex Junction Fire where dispatched to the Mountain.
➜
1 of 92 of 93 of 94 of 95 of 96 of 97 of 98 of 99 of 9
165 entries in the Call history
Picture gallery 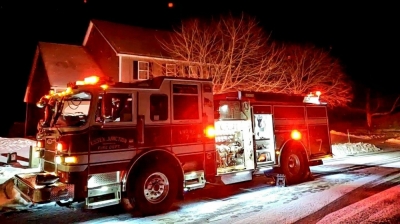 This site has been viewed 215,385 times.
Calls
News
Pictures
Apparatus
Maintained by the members and staff of Essex Junction Fire Department. Designated trademarks and brands are the property of their respective owners. Copyright © 2006-2022. YourFirstDue Inc. All Rights Reserved. Content on this web site is supplied by Essex Junction Fire Department. YourFirstDue Inc. cannot be held responsible or liable for any content, text, pictures, or any other media found on this web site.
Management login
Powered by